The Latest on Typhoon Hato (all times local):

The death toll from Typhoon Hato has risen to 12 as the most powerful storm to hit the southern Chinese region around Hong Kong in more than half a century barreled west.

Macau says eight people were killed in the gambling enclave, including two men found overnight in a parking garage. Another 153 were listed as injured amid extensive flooding, power outages, and the smashing of doors and windows by the high winds and driving rain.

China’s official Xinhua News Agency says four more people were killed in the neighboring province of Guangdong and one person remains missing. Hato roared into the area on Wednesday with winds of up to 160 kilometers (99 miles) per hour.

Macau lawmaker Jose Pereira Coutinho called the typhoon destruction “a calamity,” adding that had heard from many people who still had no water or electricity.

Authorities and state media say the death toll from powerful Typhoon Hato in southern China has risen to at least nine.

China’s official Xinhua News Agency said Wednesday another four were killed in the neighboring province of Guangdong while one person remains missing. Hato was the most powerful typhoon to hit the area in 53 years, packing winds of up to 160 kilometers (99 miles) per hour on Tuesday.

Xinhua said that in southern China, almost 27,000 people were evacuated to emergency shelters, while extensive damage to farmland and the loss of power to almost 2 million households was also reported.

Officials say a powerful typhoon has caused at least three deaths in the Chinese gambling enclave of Macau.

Macau’s Government Information Bureau said three men, aged 30, 45 and 62, were killed in falls and accidents Wednesday related to the heavy rain and gusting winds. At least two other people were listed as missing.

Typhoon Hato came within 60 kilometers (37 miles) of the nearby financial center of Hong Kong.

China’s weather service said the storm made landfall around noon in Zhuhai in the neighboring province of Guangdong, with winds gusting at 45 meters (147.64 feet) per second.

Flooding and power outages were also reported in Hong Kong and Macau, which lie across the water 64 kilometers (40 miles) from each other. 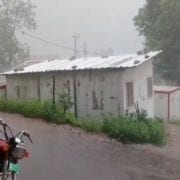 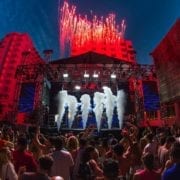 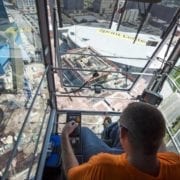 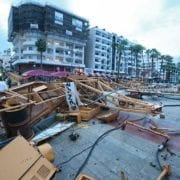 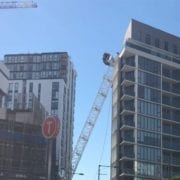 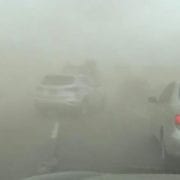 At Least 1 Dead as Dust Storms Cause Pileups in Illinois 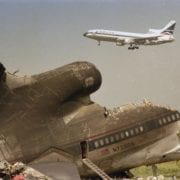